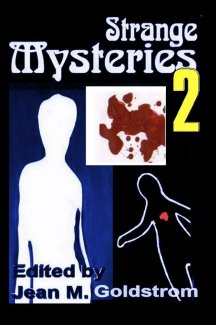 Excerpt from Blow Up

The plane tickets sat on the hall table along with Rachael’s keys and passport. She was about to stuff them in her coat pocket when her cell chimed.

“Your trip to Australia is canceled,” her boss said. “Get over here immediately.”

She started to ask why, but he’d disconnected. He’d be waiting behind his desk, his huge bulk intimidating almost everyone who entered. Except her.

Frowning, she picked up her keys, gave the tickets a disappointed look, and left her house. In her red convertible, top up because of the forty-degree November D. C. temperature, Rachael drove to the downtown offices of Brad James, Special Investigative Services. She breezed past Jasmine, the new assistant, with a brief “Good morning” and into Brad’s office.

“What the hell?” she said as she sat down in a visitor’s chair, glaring at him. “I’ve planned this vacation for six months. The beaches, the exotic wildlife, the beer.”

“I know what kind of exotic wildlife you’re thinking about,” Brad said with a sneer. “I hear those Aussie men can charm women like no others.”

You could take lessons, Rachael thought. “Maybe. I guess I won’t find out, will I? What’s going on? It’s a good thing I took out travel insurance.”

Brad made a slashing, dismissive motion with his hand. “Jeff Hanover called. He needs our services immediately. He asked for you specifically.”

Brad glared as only Brad could glare. “There’s some kind of interagency tiff going on about the Washington Monument bombing. Everyone wants to be in charge. You know how it is.”

“What do they expect me to do?”

“Investigate, of course. Without anyone but Jeff knowing.”

“Jeff. That idiot. You know I can’t stand him.”

“Who says I don’t like you? I think you’re a teddy bear.”