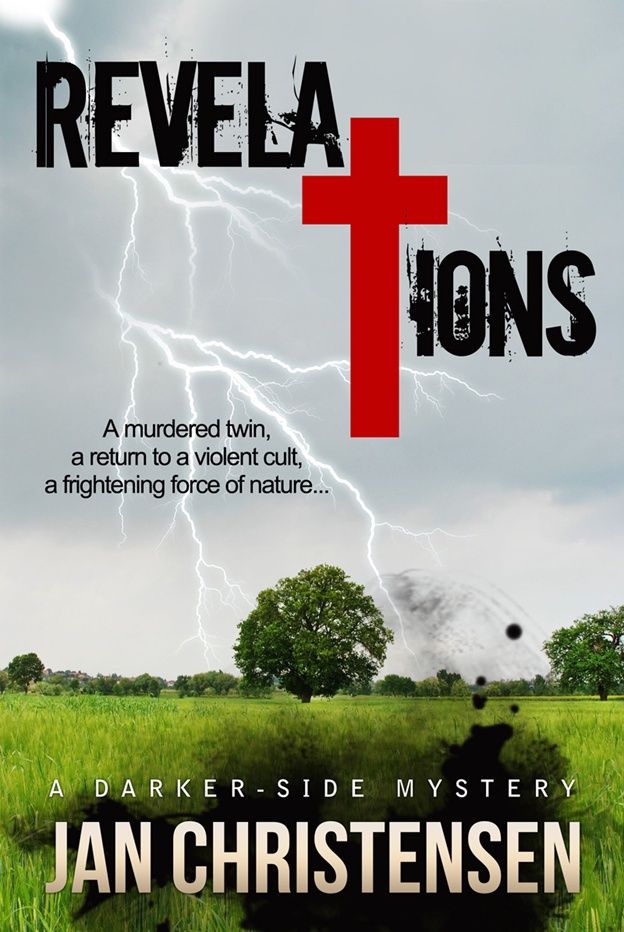 After a dark secret shakes Kirk Hudson’s faith, he escapes from the religious cult he’s been a member of for over two years. He can hardly wait to see his mother and his identical twin again, but the night he arrives home, his brother is brutally murdered. Wracked with guilt because he suspects a cult member meant to kill him instead of his brother, Kirk is forced at knifepoint to return to the cult where he finds even more secrets. No one is sure what “Transfiguration Day” really means except the ethereal sister and devilish brother co-leaders. The deeper Kirk delves into each secret and the murder of his twin, the more dread he feels. But Transfiguration Day scares him most of all.

Saturday afternoon, October 31, 1987
Kirk’s heart pounded every time a car went by as he trundled down the highway. He prayed it wasn’t them, hoped he could get home in time. He realized how skinny he looked—a hundred and sixty pounds on a six-foot frame. His hair hung to his shoulders and his beard and mustache were full and bushy. He’d have to shave and cut his hair when he got home. His step-father would have a stroke. Mom might not care too much, as long as he was clean, but she’d defer to Philip.
He glanced back over his shoulder as he walked along Route 80 toward Valleyview. At least he’d crossed the state line into California the day before. There wasn’t much traffic, and he didn’t thumb. Occasionally someone would slow down, but each time he shook his head, holding his breath, hoping it wasn’t them.
Home. He once thought he’d never see it again. Not after he’d joined a new family, a family made up of people who believed as he did. Until three days ago.
But he couldn’t think about that. His head ached when he remembered.
A horn blared behind him, and he jumped, almost stumbling onto the roadway. He’d walked all the way from Texas, and he was exhausted. He shifted his backpack into a more comfortable position as he glared at the retreating car. The driver waved his hand out the window at him, never slowing down.
He trudged on. On and on and on. Where else could he go? How else could he get there? He had no money left from the eleven dollars he started out with. He couldn’t risk accepting a ride with anyone. They were searching for him, he knew. And if they found him, they’d take him back. He shuddered in the warm California sunshine.
A state police car went past, slowed down, stopped, and backed up. Kirk stood still, waiting, breathing shallowly through his mouth. He mustn’t show them how scared he felt.
Sweat beaded his forehead as the two troopers got out of the car and approached him. One was really short, and as they got closer, Kirk saw she was a woman.
“Hello,” the female officer said, smiling. He couldn’t see her eyes, though, behind those mirrored sunglasses.
God be with you, Kirk almost said, but caught himself. “Hi.”
The man stood slightly behind the woman, his mouth a thin line of disapproval. Kirk wanted to turn away from that judgmental stare. He knew he looked awful—dirty, scruffy, hairy.
“Can we see some identification?” the woman asked. He noticed that she had reddish hair tucked up under her cap, a strand or two coming loose.
Kirk shrugged his shoulders, took a deep breath, and said, “I don’t have any I.D.”
Silence. The two troopers glanced at each other, then they stared at Kirk.
“You have nothing? No credit card? Not even a library card? A video store card?”
He shook his head and waited.
“Lose your wallet?” the male trooper asked. His voice sounded just as Kirk had imagined it would. Low, gruff, no nonsense.
“No,” Kirk said. He couldn’t lie.
“You weren’t robbed?” the woman asked.
“No,” Kirk said again.
“I think you’d better come with us,” the man said.

REVELATIONS by Jan Christensen is a suspense-filled novel set inside a religious cult in the 1980s. The characters and situations are well-drawn, and the plot includes several surprising twists. REVELATIONS is a novel about control, the lengths people will go to achieve it, and how easy it is to fall into it without realizing it until it is too late. I especially liked the way the author wove in all the details of life in Celestial Village.

Jan Christensen has done it again, written a book that kept me reading from beginning to end, that I”d planned to save for a vacation read. As we delve into this exploration of the mindset/mentality of cult members, what drives them, what needs the cult fills, how recruitment and ‘maintenance’ is accomplished, becoming engaged in this book is easy and fast. It’s a venture into the psychology of the human psyche and gives a whole new meaning to ‘Brotherly Love’. I couldn’t put it down! I see this is ‘Volume 1’, and as there was a door left open at the end of this story, dare we hope for a Volume 2? Time will tell! Get Revelations today, it’s a ‘GOOD BOOK!’