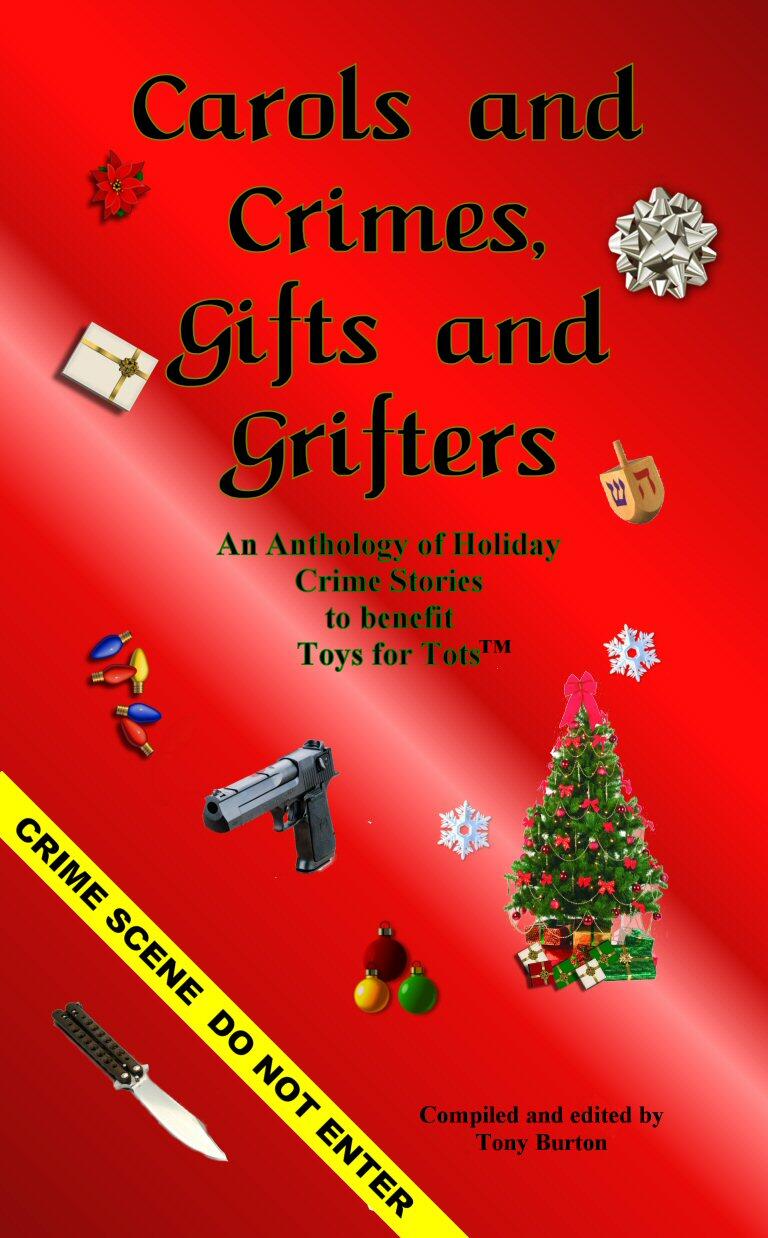 With this, the second of Wolfmont’s anthologies to benefit Toys for Tots, join fifteen authors in a trip through the hazardous holidays as they give us their visions of holiday crime. You’ll be sure to enjoy every story, and of course since it’s to benefit the Toys for Tots, you can feel that nice warm holiday glow inside.

My story is titled “Santa Solves A Murder” and can be found on page 147. See excerpt below.

Excerpt from Santa Solves A Murder

Just as the young boy sat down in his lap, Santa pushed him off, dashed down the three stairs that led to his throne-like chair and chased Jimmy MacIntyre toward the mall’s north exit. Behind him, he heard someone say, “Is Santa drunk again?”  And someone else answered, “Looks like the devil’s after him.”

No, he was after Jimmy Mac. The same Jimmy Mac who disappeared three days ago and whose wife had hired Santa to find him.

Of course, when Mrs. Mac hired Santa, she didn’t know that he moonlighted from his P.I. business to play Santa in the mall every year. Ho, ho, ho, he thought as he avoided a kid zipping down the floor in some of those new sneakers with the wheels imbedded in the back and nearly collided with a woman pushing a stroller.

He felt his padded stomach shift downwards, getting in the way of his legs. Jimmy Mac hadn’t yet realized that Santa was gaining on him, but it could happen any moment.

Unless Santa ran into the display of books in front of the bookstore, which he almost did. Or tripped over a teenage window-shopper oblivious to the on-coming Santa.

Santa fell on his unpadded backside and slid a few yards across the fake marble floor. Wig askew, he flew to his feet and looked to see where Jimmy Mac had gone.

And couldn’t find him.

Jan Christensen often creates tales that are just a little off in a way that isn’t easy to put a finger on and always delight readers. In “Santa Solves A Murder” the gorgeous Mrs. Cary MacIntyre hires private investigator to find her husband Jimmy MacIntrye who disappeared three days ago. She had no idea that he also worked a second job down at the local mall playing Santa. He does and while dressed in full Santa regalia spots the missing husband and the chase is on. Something Mall Manager Ingrid Scruggs isn’t thrilled about but you don’t tell Santa what to do while he is checking his list and adding up the clues.